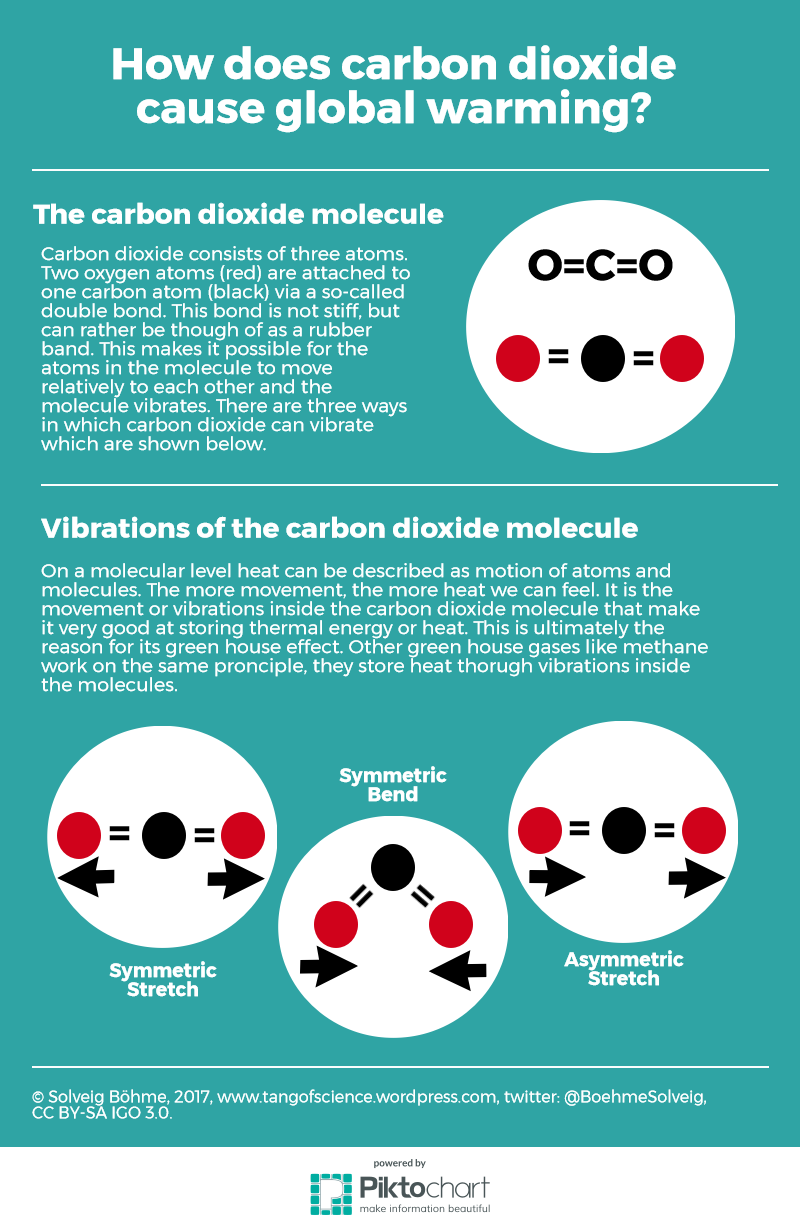 From a chemical point of view, heat is motion of molecules and atoms. The more movement is happening on a molecular level, the more heat we feel on a human level (also called macroscopic level). Carbon dioxide is a molecule that is very good at this kind of movement, you could say it is a very athletic molecule. All molecules and atoms in any gas are able to move in all directions in space, but carbon dioxide can even carry out certain movements inside the molecule. These movements are called vibrations. Carbon dioxide can carry out three different vibrations, the symmetric stretch, the asymmetric stretch and the symmetric bend, which can be seen in the infographic above. You can even watch them here. One could say that while other gas molecules or atoms can only run around to create motion, carbon dioxide can additionally jump, wave with its arms and do sommersaults.

So what about other gases in the atmosphere? Air consistes for the most part of nitrogen (78 %), oxygen (21 %) and argon (1 %). Argon consists of only one single atom and does therefore not have any vibrations. Nitrogen and oxygen both are made up of of diatomic molecules which means two atoms are held together by one bond. This enables them to carry out only symmetric stretches. This is, however, not enough to store heat as efficiently as carbon dioxide does.

En reaktion till “How does carbon dioxide cause global warming?”