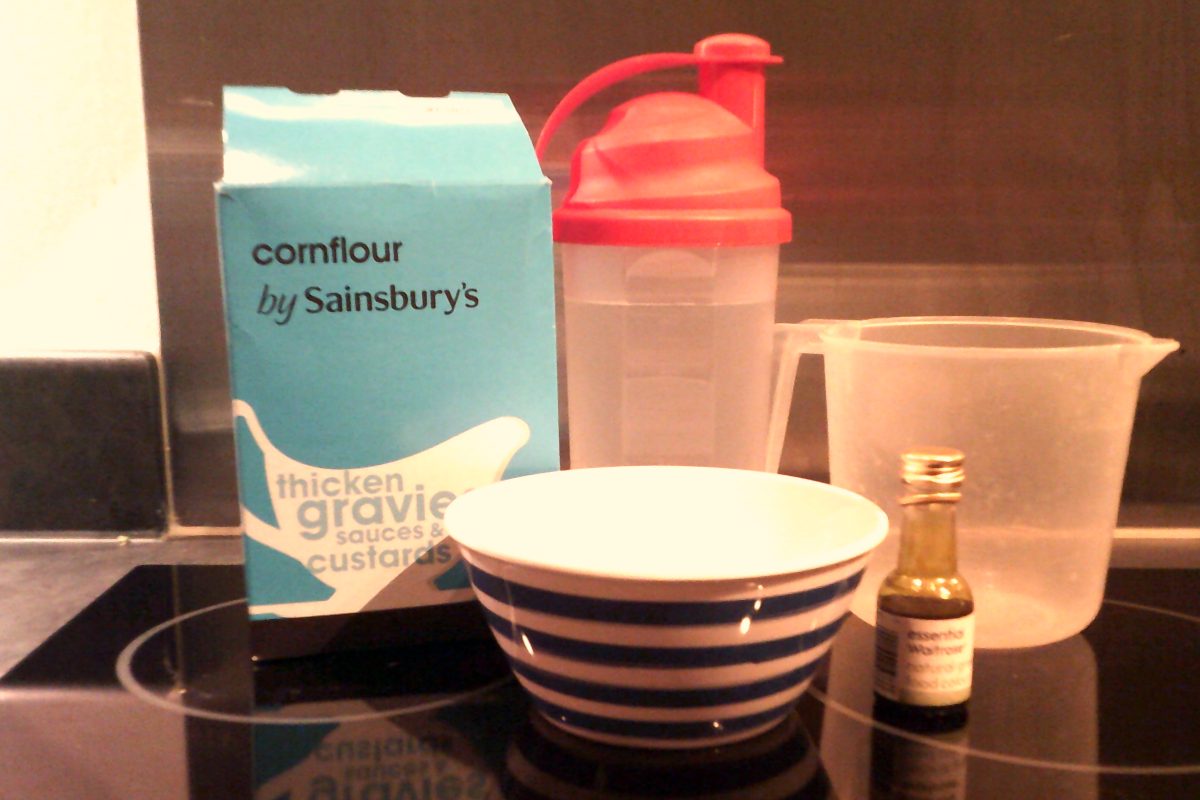 Mixing cornflour and water gives you a slime that behaves very peculiar. If you touch it very lightly it feels liquid like water. If you hit it very hard and fast it feels solid like a rubber ball. The slime reacts differently depending on the force that acts on it. The bigger the force, the harder the slime. The smaller the force, the more liquid the slime behaves. These kind of liquids are called “non-Newtonian”.

You can watch the experiment as a video here: