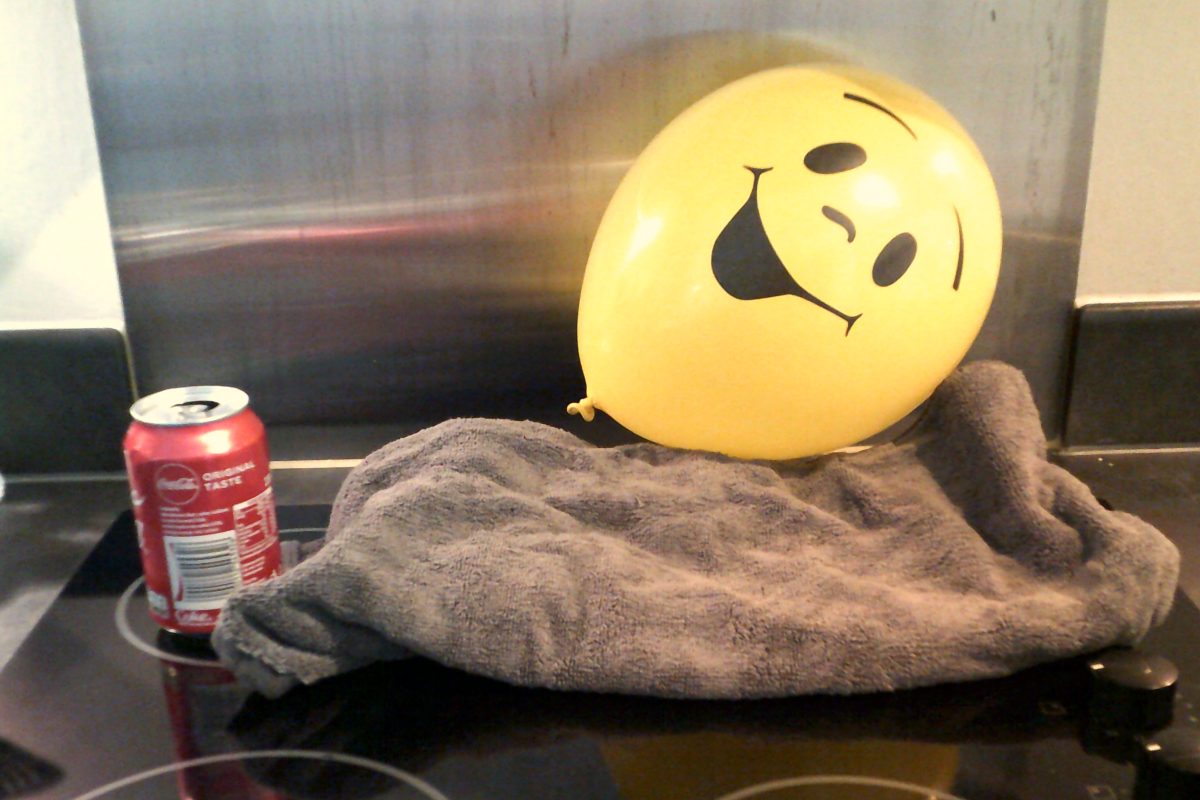 When a balloon is rubbed against hair, a towel or a jumper, it gains more electrons which have a negative charge. This gives the balloon an overall negative charge. Objects with a positive charge or no overall charge like a tin can will now be attracted (= be drawn) to the balloon. We call this “static electricity”.

You can also watch this experiment here: 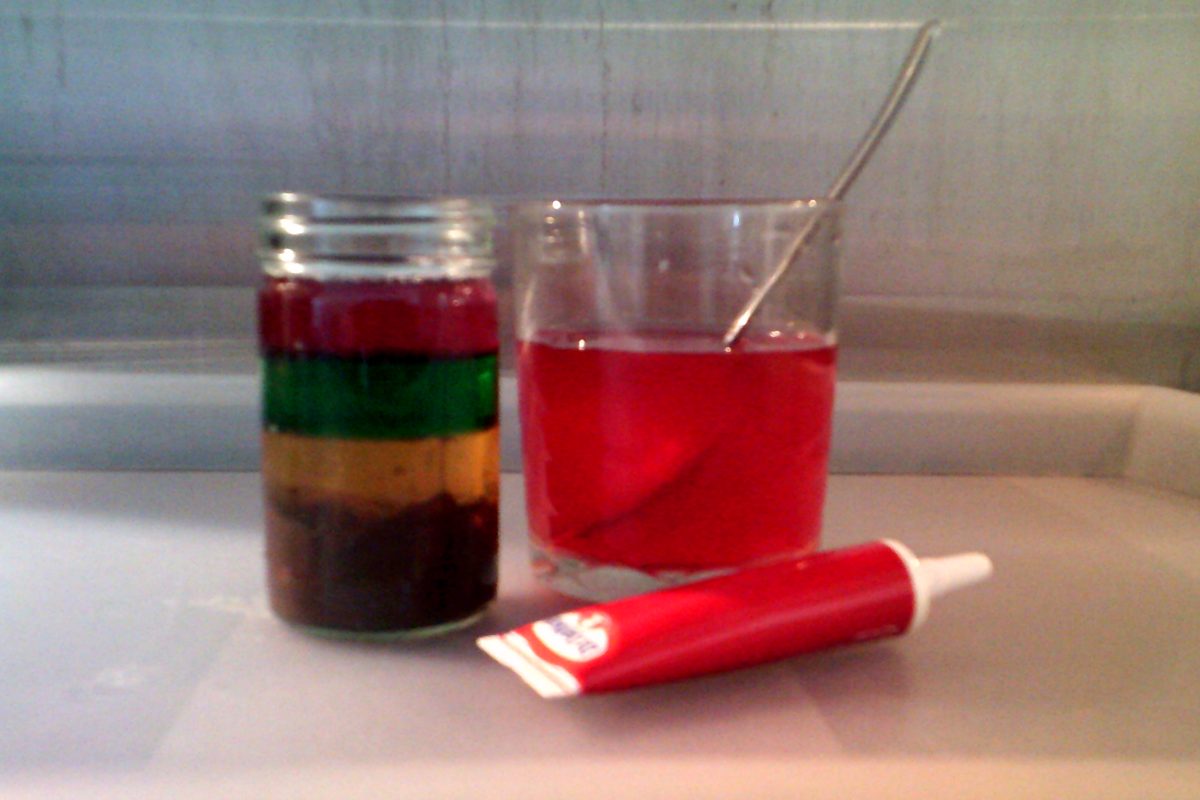 The same is true for liquids. Liquids with high densities sink, while liquids with lower densities float. We are going to use this to make a rainbow in a glass. Chocolate sauce has a highest density of the four liquids and will stay at the bottom. However, water has the lowest density and will, therefore, float on top.

You can watch this experiment as a YouTube video: 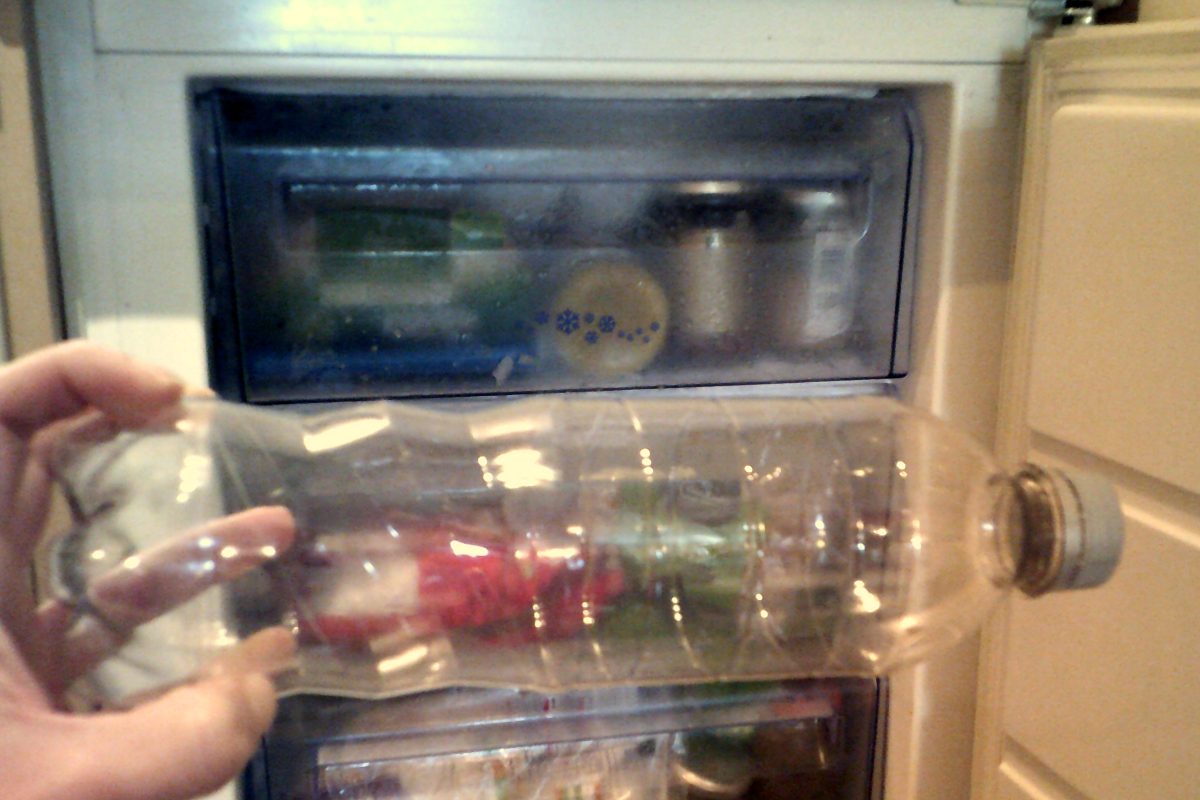 Air is made from gas particles. They constantly move around at a high speed. When speeding around like this, the particles often collide with the walls of their containers. For example, the air particles in a balloon move around and hit the balloon’s walls. These collisions cause the balloon to stay inflated. We call this gas pressure.

There are two ways to affect gas pressure. One is to change the number of air particles. When you blow up a party balloon, you add more air particles to it. More gas particles hit the walls more often and the balloon’s pressure increases.

In this experiment we are going to look at what happens to the pressure inside a plastic bottle when you cool down the temperature.

What you will need

1. What happened to the bottle in the freezer?

2. Why did this happen? Look back at the introduction to find some clues.

3. What happened to the bottle after you took it out from the freezer?

4. Why did this happen? Look back at the introduction to find some clues.

5. Why was it important to close the lid tightly before putting the bottle into the freezer?

6. How could you improve this experiment? 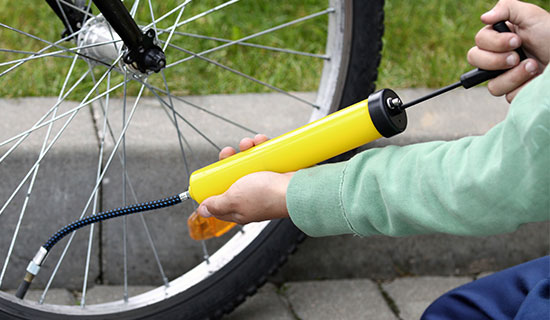 In a gas, the particles move around at high speed. By doing this they collide with the sides of their container and produce a force. This is the force that keeps balloons and tires inflated. We call it gas pressure.

The second way to increase gas pressure is to increase the temperature. When it is warmer, gas particles gain more energy and can move around faster. At a higher speed the particles collide with the walls more often and the pressure increases.

If you reduce the temperature, the opposite happens. The gas particles move slower and collide with the walls less frequently. This decreases the gas pressure. 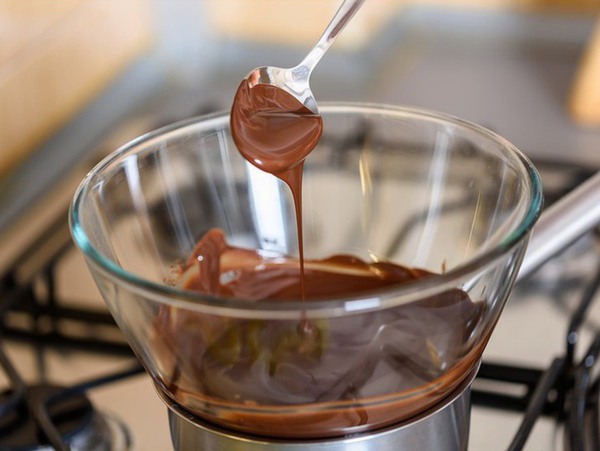 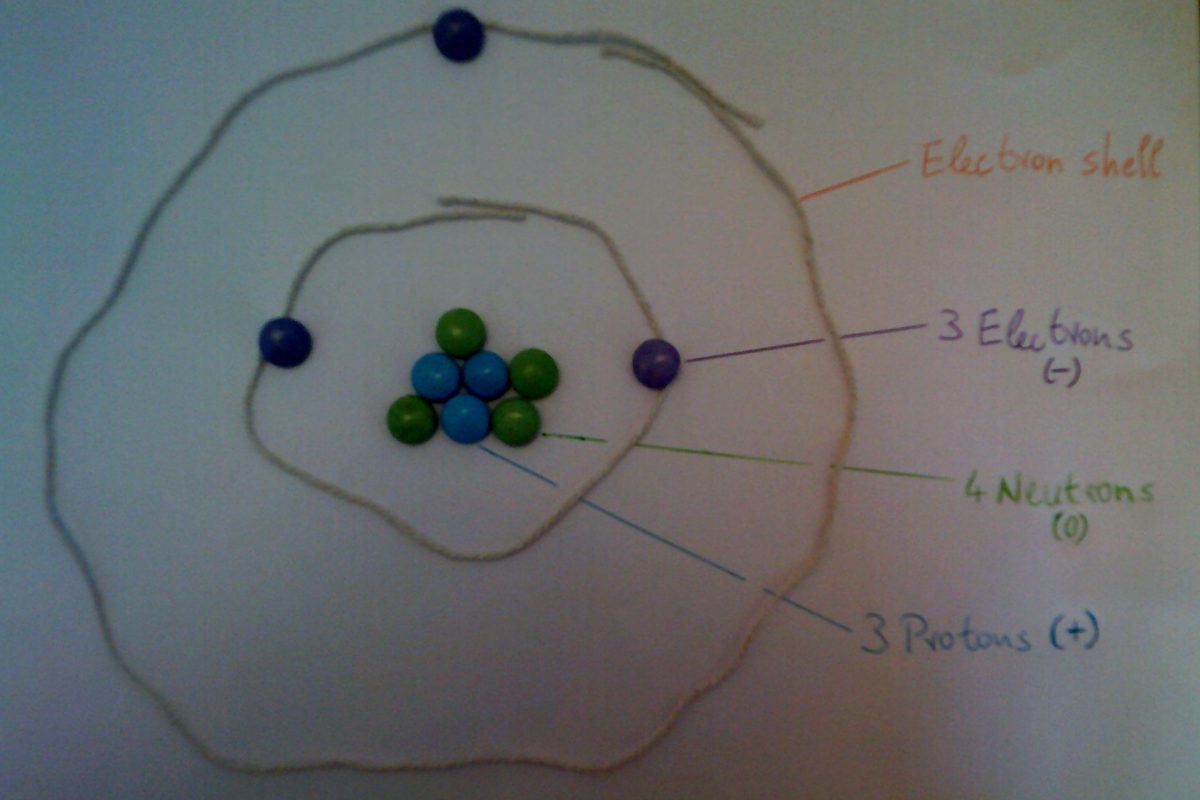 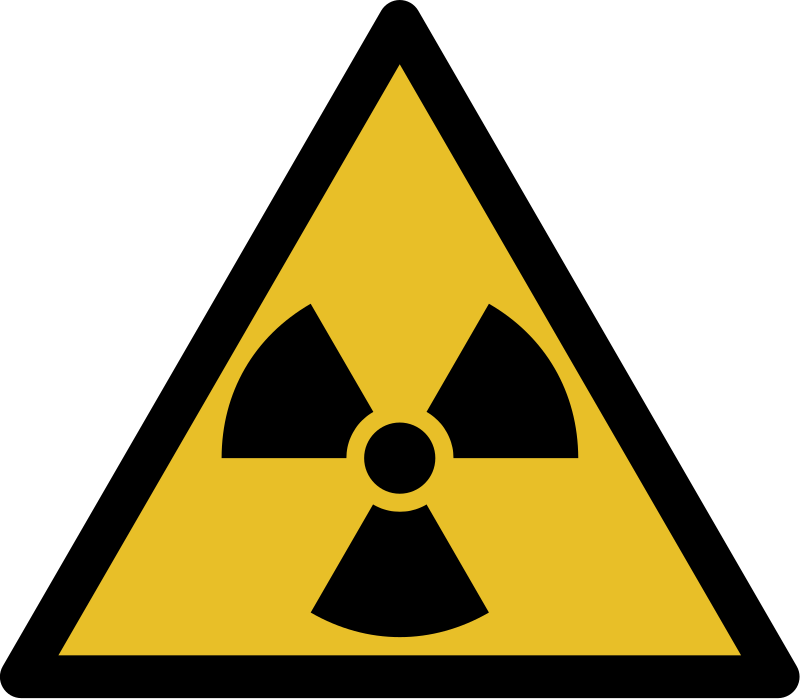 Radioactive radiation is dangerous because it is ionizing. This means that it has enough energy to knock electrons out of their shells and thus turn atoms into ions.

There are three ways to limit the effects of ionizing radiation: keeping a distance from the source, shielding and a time limit to exposure. For example, radioactive samples are always handled with tongs to keep a distance and stored in containers with thick lead walls for shielding.

Ionizing radiation is also used in hospitals to detect and treat cancer. Patients can be exposed to small amounts of radiation during their treatment. However, this is only done if the benefits are greater than the risks.

Someone is irradiated if they are close to a radioactive material and exposed to its radiation. Once the person moves away the irradiation stops.

Someone is contaminated if they get particles of radioactive material on their skin or inside their body, for example by eating or breathing. This person continues to be exposed to the radiation until all the material has decayed inside their body. 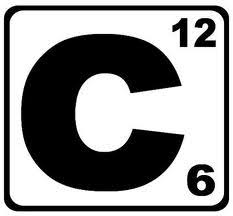 In 1932 James Chadwick, a British scientist, discovered the neutron. His discovery explains how isotopes are formed. Isotopes have the same number of protons, but different numbers of neutrons.

We can also say that the atomic number is the same, but the mass numbers are different. Isotopes are the same element because their atomic number does not change.

We refer to an isotope by adding its mass number to the element’s name. The isotope in the diagram below is called carbon-12. 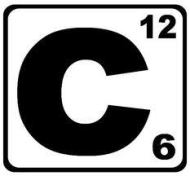 Carbon can occur as three different isotopes. They are called carbon-12, carbon-13 and carbon-14.

Carbon dating is used to identify the age of very old objects, for example the remains of extinct animals such as mammoths. The amount of the carbon isotope carbon-14 in an object is examined to determine its age.

Remember that the atomic number is the same for isotopes of the same element. 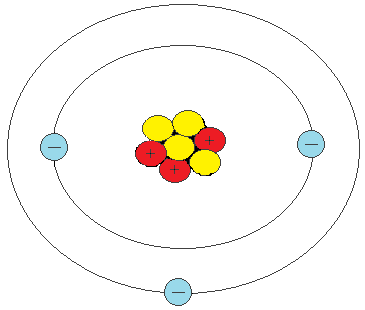 A bit of history

In 1805 the English Chemist John Dalton published his atomic theory that said:

This helped to explain many properties of materials. However, later experiments showed that atoms contained even smaller particles. In 1897 another British scientist, JJ Thomson, discovered the electron. The nucleus which makes up the middle of an atom was discovered by Ernest Rutherford in 1913.

The Structure of the atom

Today we know that atoms are made from three subatomic particles: proton, neutron and electron.

Electrons have a negative (-) charge and have almost no mass at all. They are found on the electron shells on the outside of the atom, circling the nucleus.

What you need to remember